You need not look far to discover a creamy milk stout or juicy DIPA within Richmond city limits.

But what about a glass of reasonably priced, Eastern European skin-contact wine? Or a highly drinkable, all natural bottle made fresh from the vine, nothing added, nothing removed? How about a healthy pour of a perfectly balanced red from a brand founded here in the capital?

While you may have to hop on 64 an hour either way (Charlottesville, Williamsburg) to reach a vineyard, Richmond is ripe with good grapes.

From a Black-owned wine label to an almost 100% natural wine online retailer, the city’s newest wine concepts are here to elevate the scene—without any pomp and circumstance.

Johnson, along with friends and business partners Ricky Parker and Chris Randolph, saw an opportunity in the summer of 2020 to create a Black-owned, Richmond-based wine brand.

Randolph brings his food and beverage industry experience to the table – he helped open Shockoe Whiskey and Wine in 2015 – while Parker, who has experience working as a brand ambassador for Hennessy and Moet & Chandon, specializes in the “strategic vision” for the biz.

As for Johnson, who works as an account director at The Martin Agency, “I’m a storyteller by nature,” he says.

The heart of Shockoe Wine’s story beats in the historic area for which it is named. The founders very intentionally reference Shockoe Bottom, which served as the center of Richmond’s slave trade, in their brand.

“Equity, inclusion, education—those are three words that are synonymous with Shockoe Wine. We saw an overall opportunity in the wine space,” says Johnson. “If you break it down and look at the African American market in the wine industry, there isn’t a lot of marketing directly to these consumers. We drink wine too!”

Shockoe Wine currently sells a 2019 red blend, a bottle that sold out in only four months of online sales last year. Randolph says they have exciting new offerings in the works for 2022, including a sparkling rose. 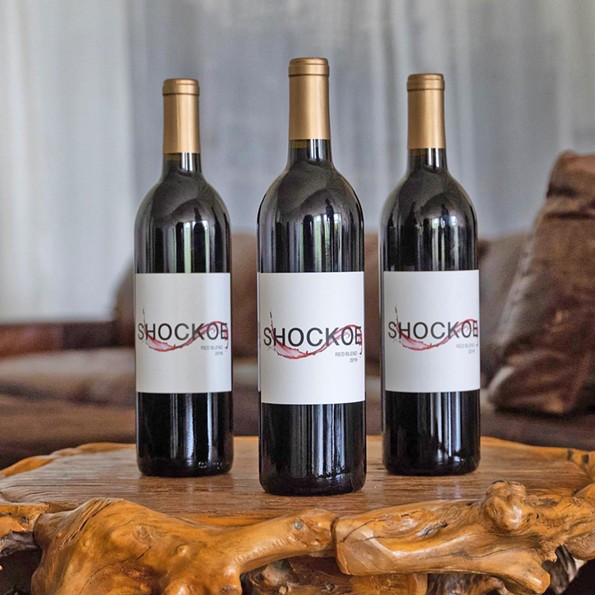 “We’re creating our own table,” says Johnson. “Now it is our hope to expand that table to include more people.”

“We want to make sure we are educating others,” says Johnson. “We want them to know this industry isn’t off limits.”

Shockoe Wine is currently available online and at area Wegmans, and folks can book private tastings online for corporate and social gatherings. Johnson and Randolph, both Richmond natives, hope they can inspire the younger generation growing up in their hometown—“We want them to know you don’t have to limit your dreams.”

“What would you change about this wine?”

Celladora Wines owner Megan Hopkins doesn’t just want to sell you a bottle of Eastern European skin contact wine–she wants to determine whether you prefer the Gewurtztraminer grape over Yellow Muscat. “Do you want your lips to pucker, or do you want something rounder?”

The Gloucester, VA native opened her Lombardy Street shop this January, selling natural wine by the bottle, a handful of wines by the glass, plus small bites curated by chef Ben Burakoff.

“Wine always seemed to be something that people were really scared of,” says Hopkins, who spent more than a decade working in New York’s hospitality industry. “And I thought it was rewarding to have people find things and say ‘Oh—I never knew this is what I was looking for.’”

When it’s just Hopkins onsite, Celladora’s food menu is lean but mighty, featuring Burakoff-prepped bites like house-spiced nuts, house-marinated olives and Sub Rosa flatbread with dips. When Burakoff comes in (he has Mondays and Tuesdays off) customers can expect a few more dishes—think sesame noodles, hominy and swiss chard and steak tartare.

Industry vet Danny McDermott also leads wayward wine drinkers to the bottle of their dreams at Celladora. “I love Danny,” says Hopkins, who quickly became acquainted with McDermott and Burakoff through mutual restaurant and wine rep friends. “I’m hoping to bring him on more once I can pay everyone really fairly.”

Until then, Hopkins is at the shop every day (except when McDermott can take over—for now, Wednesays) starting at 1 p.m., arriving after a brisk walk from her VMFA-adjacent home. “I can walk here in 14 minutes,” says Hopkins, who relocated to Richmond during the pandemic with her husband and young daughter. While not exactly Brooklyn, Hopkins says the walkability and neighborhood feel of the Fan keeps her city-loving soul happy.

One-eleven North Lombardy Street is a slip of a space, but Hopkins, who is more than accustomed to navigating tight places in big cities, makes the most of it. Customers begin to trickle in at 10 past 1 p.m. on a Sunday. She gently guides those with questions, offering tastings and mixed nuts to all who enter.

“You have to keep being open and trying different wines and see what you like. Once you figure that out,” says Hopkis. “That opens up a whole new world.”

Nottingham and longtime friend (and now business partner) Andy Stites thought it would be great to open up a zero-zero online wine shop here in Richmond, focusing on national sales but also offering local delivery and wine club perks.

While Terroirizer, which just launched this January, cannot label itself 100% zero-zero, it’s pretty damn close. “A tiny addition of sulfur is the least of your concerns when it comes to wine,” says Nottingham. “But it prevents it from being zero-zero.”

Nottingham says that instead of committing to zero-zero to “shake things up,” they decided they’d still sell “really beautiful” wine that didn’t quite reach this benchmark because he trusts the producers. “I really respect these winemakers and they only add sulfur if it’s absolutely necessary, with lots of care and thought.”

The Virginia Beach native, who learned about wine during his college days under the tutelage of Can Can’s late, revered wine director Bob Talcott, is part of a growing league of wine pros who eschew the stilted parameters of the old school wine world.

“We want to demystify this stuff and make it fun,” says Stites, who brings his problem-solving and site-building skills to the table. “There can be a real barrier when it comes to access and education.”

“We want people to be able to learn and experience wine, taking away the seriousness and the judgment and the opinions,” says Stites. “We want to be able to connect people to these crazy producers —these artists— and introduce them to what many people think are these weird methods, but they’re just normal.”

The mantra of Terroirizer is “No Somms, No Masters,” inspired by the title track of rock band Garbage’s “No Gods No Masters.”

“We don’t want this to be some stuffy thing,” says Nottingham, who used to play in bands with Stites. “It doesn’t need to be. I can tell you—all the people behind these bottles, who make this wine, are super down to earth, farmers first.”

Nottingham urges that no one should have to overcome a learning curve to revel in a great bottle of wine. He says if he has buyers on his site in Oregon who know they want a zero-zero bottle (or very close to it) but aren’t sure exactly what they’re looking for, he’s happy to hop on a Zoom call.

“We will do whatever it takes to make the process of obtaining and enjoying wine more approachable,” says Nottingham. 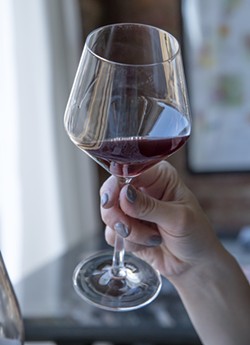 Subscribe to the Shockoe Wine newsletter for the latest on tastings, events and new bottle releases

You can join the Terroirizer Wine Club for $75 a month. Members receive three bottles with write-ups on each wine and winemaker as well as food and music pairing suggestions and recipes from the owners’ favorite kitchens. Subscribers also receive 10% off all bottle purchases and invites to quarterly wine parties and tasting events.

Shooting at Chesterfield party kills one, another person being treated at hospital

US Under More Tyranny Now Than in 1776, Says Historian

Family releases photo of Richmond man shot on his birthday in 2020, hopes to find killer