A Rockefeller Foundation document from 2020 outlines an ambitious plan to transform America’s food system using the COVID crisis as the pretext.

The document, called “Reset The Table: Meeting the Moment to Transform the U.S. Food System,” was released shortly after the World Economic Forum (WEF) announced its Great Reset agenda months after COVID was declared a national emergency.

“While Covid-19 and the resulting economic downturn made the negative consequences of the food system worse and more obvious, the pandemic did not create them and its end will not solve them. Covid-19 has, however, increased both the imperative and the opportunity to address these flaws and limitations once and for all. Now is the moment to transform the U.S. food system,” the document states.

The document goes on to say that the U.S. food system must be seized and reorganized in the name of “social justice,” “environmental protection” and “fairness.”

Notably, though the document describes the need for Americans to have a “healthy diet” through “sustainable agriculture,” it makes no mention of the word “organic,” and the word “natural” is only used in relation to “natural disasters.”

So what does the Rockefeller Foundation mean by a “healthy diet”?

If the WEF’s “Great Reset” is any indication, a “healthy diet” is the globalist euphemism for a diet of plants, insects, and reclaimed drinking water.

“By 2050, the world’s food supply will need to feed another 2 billion people. Insect farming for food and animal feed could offer an environmentally friendly solution to the impending food crisis,” a WEF article from 2021 stated. 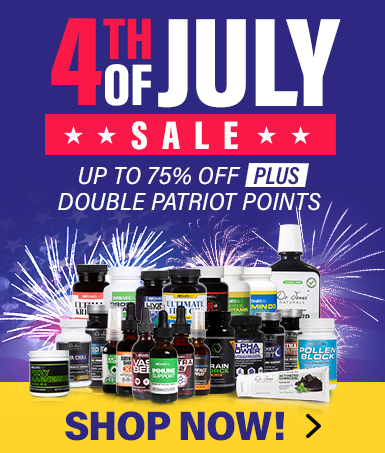 Insects are a credible and efficient alternative protein source requiring fewer resources than conventional breeding.Studies suggest that for the same amount of protein produced, insects, mealworms in particular, require much less land than other sources of animal proteins. A study on crickets suggests they are twice as efficient in converting feed to meat as chicken, at least four times more efficient than pigs and 12 times more efficient than cattle.

The Rockefeller Foundation paper calls for “numerous changes to policies, practices, and norms” to meet its objective of transforming the U.S. food supply, including online surveillance and data-collection to track the dietary habits of the American people.

Forty-two million Americans lack broadband access that is essential to shifts to online enrollment, online purchasing of food, direct farm-to-consumer purchasing, telemedicine, teleconsultations, as well as education, finance, and employment. This is a fundamental resiliency and equity gap, and we need to close it, urgently.

For this social engineering proposal by the Rockefeller Foundation to come to fruition, a major crisis is needed to compound the problems created by governments snarling supply chains with COVID lockdowns and vaccine mandates.

Perhaps that’s why institutions like the International Monetary Fund (IMF), the World Bank, the United Nations, the Bank of England, and the WEF are now warning of a devastating global food crisis to come in 3-6 months, citing the Ukraine conflict and lingering COVID policies.

“Ukraine has only compounded a catastrophe on top of a catastrophe,” said David M. Beasley, the executive director of the UN World Food Program. “There is no precedent even close to this since World War II.”

“If you think we’ve got hell on earth now, you just get ready,” he added.

Even Joe Biden himself warned in May that food shortages were “going to be real.”

This appears to be an example of the Hegelian Dialectic, a problem-reaction-solution model the globalists use to impose their agenda on the world.

Engineer a food crisis by shutting down supply chain routes, reducing livestock quotas, and putting fuel and fertilizer sanctions on Russia, wait for public outcry, then introduce a “solution” to transform the way Americans access food and the food they eat.

Why else would governments shut down farms amid such an impending food crisis, even for the sake of “climate change”?

Sanctions have shut down 30% of Ranches and Farms in Dutch Country…!

??⚠️⚠️
The Dutch protesters are pouring manure on government offices, flooding streets, and becoming all together ungovernable. This uprising is in response to the WEF controlled government shutting down farms to “save the planet.” You have to see this: https://t.co/YTyax7uagm pic.twitter.com/mXgufQfkRM

What’s going on in the Netherlands?

Tracking the Tropics: We’re watching a couple of waves